← more from
Philophon
Get fresh music recommendations delivered to your inbox every Friday.
We've updated our Terms of Use. You can review the changes here. 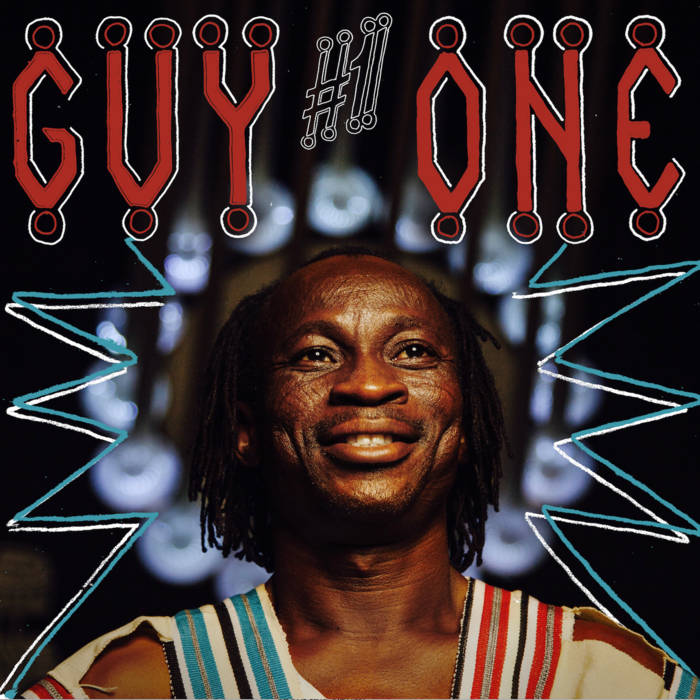 Releasing an album into the world is a special moment for any artist but when you’re an artist who grew up in remote northern Ghana with no schooling, spending a life herding cows and goats, building your own instruments and teaching yourself to sing, then there’s a particular sense of occasion and celebration in finding recognition and an audience for that music.

This is the case for Guy One, an utterly unique artist who is writing and performing Frafra music, a style that originates from a small area in the north of Ghana (a more city-styled approach to this music can also be heard in the sounds of King Ayisoba.) Whilst Guy One is already loved and adored locally by now - building up a fervent following in local villages in which no funeral or wedding would take place without his soaring voice and deeply rhythmic playing, before then transforming into an award-winning, TV appearing artist in Ghana - his music is now to find a much wider audience through Max Weissenfeldt’s Philophon label (Jimi Tenor, Hailu Mergia, Alemayehu Eshete) on this Berlin meets Bolgatanga release.

Running a label that specialises in “local” music, Weissenfeldt has been travelling to Ghana since 2010. After picking up a CD of Guy One’s work on one trip, he became engrossed and decided he must find him on his next trip. Stepping off the bus in Bolgatanga and asking where he may find Guy One, ten minutes later he is shaking hands with the man. A story that is both emblematic of the size of the community Guy One comes from and the notoriety he possesses within it. Hours later the pair are driving to a funeral; the air is still warm, the metre-thick baobab trees cast shadows on the dusty fields under the shine of the moonlight. The village members are gathered between the mud huts as Guy One quietly picks up his Kologo (a sort of two-string banjo instrument that is fundamental to Frafra music). As he begins with his eulogizing voice, the village members immediately all form a huge circle around him. Witnessing this intense and potent interaction between music and community and life and death, Weissenfeldt knew he needed to get Guy One to Berlin and into a studio.

In 2013, Guy One left Ghana for the first ever time. A redirected flight found him in Frankfurt with no English skills and just a few scribbled notes to help with translation. Despite the setback he soon made it to Berlin and was almost immediately in the studio With no verbal communication possible due to language barriers, they simply played, the groove and the rhythms dictating the flow of the sessions. A record born from a deep sense of musical intuition, something beyond words and beyond description.

What then took place were back and forth trips between Ghana and Berlin with Weissenfeldt often bringing with him a variety of band members, arranging tours of Ghana which, combined with Guy One’s increasing grasp on English, meant that a solidified bond was taking a shape and a band was being born, nurtured and shaped. By 2015 the band had played to thousands of people at Roskilde Festival, a pivotal moment for the group as Guy One found himself reflecting on his days of building a Kologo with a broom stick and tin can, playing to only cows and sheep.

One then lands in Berlin again and the final recordings for #1 take place. Whilst it may be a somewhat rotten cliché to be thrown about these days, the end result of this album truly captures a journey for the artist, one that is personal, geographical, physical and internal. #1 is the sounds of a man, a culture, a community and an interaction between all of those as they have grown over decades.

The resulting sounds on the finished album capture a sense of life and vivacity rarely experienced on record; the album opens with the hum of Bolgatanga in the background, Guy One’s mother can be heard rejoicing as her son locks deep into his Kologo rhythm, accentuated by gliding flute and skipping percussion. From then on in it’s a record that bursts to life, as though a portal is being opened into a previously unknown musical world.

#1 is an album rooted in tradition as much as it is the contemporary ("Frafra music Made in Germany" says Weissenfeldt if he's forced to put a label on it) but given the fact that the traditionalism of Frafra music itself is a largely unknown force, the results are more even more potent and stirring in their creations. Choirs, trumpet, organ, bass, drums, synthesiser, vibraphone, saxophone and piano, the album is as bursting with instrumentation as it is ideas and innovation. The album’s perfect positioning between the old and the new and in taking that middle ground and launching it into completely new territory is enough to completely unglue the definitions of what music can be.

Bandcamp Daily  your guide to the world of Bandcamp

Mille Petrozza stops by to talk about the new Kreator album, plus music by Trauma Bond